it just keeps getting better and better

There was our old house. Next to it was the friggin' habitat house. Next to that was the city owned house. There was a string of armed robberies in Iowa City a while back. Guy dressed as a Ninja robbed gas stations and such. They caught the guy. He lived in the city owned house 2 doors down. Well now this story: Seems the new tenant was arrested for an attempted stabbing last night. I am sure that it is all just a coincidence and that I am just a racist and crap like that.
Posted by brent at 2:13 PM No comments:

Well, we got our snow. At least a foot, but it is hard to tell. I did a bunch of snow blowin' last night and again today. The new blower did a good job.
**
This is truly a cool clock.
Posted by brent at 6:28 PM No comments:

Did not really get that much snow last night. Less then an inch I would say. There is supposed to be another foot of it on the way though.
**
I would buy this hybrid car. Except for the whole $200K thing. Any time you can go 0-60 in under 4 seconds screamin' "I AM GREENER THEN YOU HONDA DRIVIN' TREE HUGGERS!" it is a win/win. 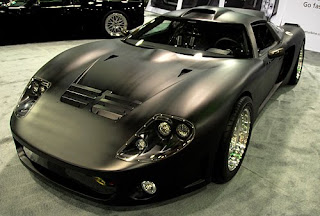 Well we are about to get hit hard with a lot of snow. There is something kind of exciting about the first snow fall. My truck will go through anything, and I just got a new snowblower Friday. So I am kind of looking forward ot it. That will wear of pretty quickly, though.
**
Here is how to look really stupid on TV.

**
You got a real purdy mouth:

Close Encounters of the Redneck Kind from Marc Bullard on Vimeo.

Wow. Dec.
HERE is a link to a car that I really like. I am at work looking through a site that has celeb's and their cars. Lots of tacky Hummers and Caddy's. Lots of big-dumb-ass-wheels. I came across this ferrari and was really taken by the looks. Classy choice, Lebron.
Posted by brent at 12:49 PM No comments: