I don't totally understand the Automotive Family Tree, but it is interesting.
Posted by brent at 6:19 PM No comments:

Dumbass of the day.
Posted by brent at 8:02 PM No comments:

One of Iowa Football's finest moments. Yea, most of the team has been arrested, but at least they won a bunch of games. What? Oh. Never mind. 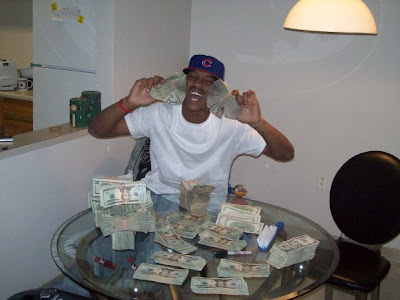 So this BMW dealer lists an M3 on eBay with no reserve. A guy gets a good deal on it. Sweet. Then 15 min later the dealer calls him and says that it is too low and the deal is off. Guy says it does not work that way. Dealer says, " We are a multi-billion dollar business and eBay will side with us". eBay says suck it dealer, it is a binding contract. Dumb Ass.
*****
Chicago's Dumbest Thief

Bernie Tafoya Reporting
CHICAGO (WBBM) -- Chicago Police say no one could make this story up...
A 18-year-old man entered a muffler shop in the 2600 block of North Laramie Avenue yesterday and declared a robbery. He allegedly waved a gun around and demanded money, according to police.
When he was told the money was in a safe and that the manager who knew how to open it was not there, the suspect had a brilliant idea; at least he thought it was brilliant.
He gave the shop employees his cell phone number and asked them to call him when the manager arrived so he could open the safe for him.
The man left and the employees opted to call 911. Authorities stationed plain clothes officers in the shop and called the would-be robber back.
The suspect showed up again, and waved his gun around again, but this time was shot in the leg by an officer.
The man had surgery at Advocate Illinois Masonic Medical Center and is said to have suffered non-life-threatening injuries.
One officer with 20 years on the force, said this is one of the more “unusual” cases he’s seen.
******
Need I say it? Dumb ass!
Posted by brent at 4:57 PM 1 comment:

I really don't feel too bad about this guy going to jail. Greedy bastard.
We had some folks passing bogus $100 bills here in Iowa City. They finally got caught becuase they bought some sweat pants and some toilet paper with a bogus bill. After they got away with it, they took the TOILET PAPER back to the store to get a refund. WTF? Greedy bastards. Seems odd that they would return something that they would eventually need anyway, just to get the 3 bucks back. But you gotta' remember that you can get terlet paper from the (soon to be expanded) shelter. Oh, they lived on Broadway street. People from IC know that as little Chicago.
Posted by brent at 2:16 PM No comments: 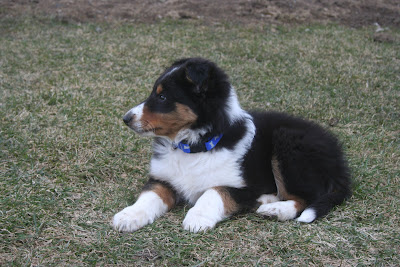 Well the puppy got a name. He is now known as "Crosby". I will post a picture here and then I gotta go to work. I have to work 11-7:30 today so that shoots the whole day down.
Posted by brent at 8:52 AM No comments:

I see that the world's largest record collection is listed again. Three million is a lot of money, but if you are into that kind of thing and have the money it is a steal.
Posted by brent at 3:46 PM No comments:

Wish I had seen this digital angle finder before they sold out. Great deal. Hope they price it the same when they offer it again.

I thought this was funny. Or scary. I am not sure. You decide.


THESE guys will be dead soon.

THIS IS TOO DAMN FUNNY!
Posted by brent at 7:38 PM No comments:

New member of the family...

We found a puppy today. We don't have a name yet, but he is really cute. His daddy is pure collie and mom is mostly boarder collie. He looks like he is going to be a really good sized dog. Still miss Bentley though. 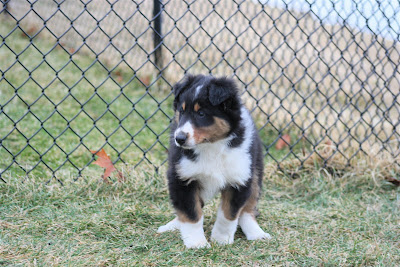 HERE is what is wrong

HERE is what is wrong with America. What an ass.

HERE is what is wrong with America. What morons.

I think Apple needs to read the newspaper and use these stories in ads:
iPod in space. STORY
Man denied entry to plane because security could not believe that the Macbook air was really a laptop because it was so damn small. STORY

THIS is one crazy roller coaster. Here is some video of it. This is a ride that you would not find me riding.
Posted by brent at 12:08 PM No comments:

So Sally Kern from Oklahoma goes on an anti-gay rant. She did not know it was being recorded. One of the many offensive things she said was that gay's are more of a threat then terrorist. HERE is her rant. HERE is a reply from a kid who lost his mom in the OK city bombing. Nicely done.
I assume she won't be around for long.
Posted by brent at 1:07 PM 1 comment:

This is kind of funny.. A blog devoted to bad photoshop jobs.

Here is a list of the 20 biggest record label screw ups of all time. Great stuff.

Golly, I wish that this was the biggest problem at City High. At least the kid BOUGHT the CANDY. Here is what we have to deal with. And it has nothing to do with the rant yesterday about Iowa City importing crap from Chicago.
Posted by brent at 6:33 PM No comments:

So our school now has a new program called "fas trac". It is spelled that way so that the blac(k) kids will think it is cool. But right out of the gates this program is stupid. It is a program for black only kids that provides them with tutors and other things to help them.
First off, why do you change the spelling of a program that is supposed to help them learn to spell? Second, it would be wrong to say that black students are stupid and lazy. So why is it okay to say we are going to spend my money to give help to only black students because they are stupid and lazy?
My folks did a good job of raising us. I don't remember them ever saying it, but they instilled in us that people are people. In any group there are mostly good, and a few bad people. I tried to do the same for my kids. But this diversity promotion bullshit in Iowa City is making that impossible. Here is what my kids see every day: A bunch of black kids imported from Chicago with their pants around their asses yelling, fighting, and dragging down the school. I am sure there are nice black kids there too. But they are not the ones that stand out because they don't want to stand out. They want to get an education and make friends.
We live a couple miles from the school but if my kids want to ride the bus that my taxes pay for we have to pay an offensive amount of money for them to do so. I considered paying (a second time) to ride the bus, but then one day I got stuck behind the bus and watched who was getting on. It would seem that the only ones that can afford to ride the bus are the ones that ride it for free and it was a rough crowd. I guess that makes me a racist to say that seeing a bunch of Chicago blacks getting on a bus makes it a rough crowd, but this is from the founders of FasTrac:
The founding followed a contentious first trimester at the eastside school that saw the number of physical fights jump from six during the 2006-07 school year to 11 during the first trimester this year alone
It would seem that they are seeing the connection and that is okay since they are giving something away.
I really wish I could move out of this city. I am just sick of it.
In other good news: The courts just decided that we can spend at least $3 MILLION of my tax money to build a huge homeless shelter. Why not spend $30 million? Didn't they see Field of Dreams? IF YOU BUILD IT, THEY WILL COME. Lets just fill the damn city with people that don't pay taxes and drain the system.
I never used to be this cranky about this stuff, but in a frantic effort to promote diversity in Iowa City, our city has made me this way.
Posted by brent at 8:26 AM 3 comments:

This is about as cool as it gets. Making a clock out of an etch-0-sketch. My hat is off to these guys.
Posted by brent at 2:01 PM 1 comment: 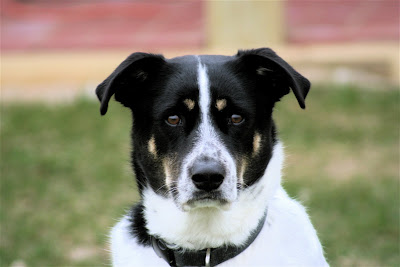 We lost a good friend today. Bentley suddenly came down with some nasty disease. I don't know the name of it. All I know is he is gone from our lives and we miss him a lot.
I really did not want to get a dog, but he grew on me. As he grew up he proved to be a really smart dog and a good friend. He left paw prints in the snow on the decks. As we watched them melt away last night it really started to hit me that he is gone.
We all miss you, Bentley.
Posted by brent at 10:58 AM 2 comments:

Yea, Ethanol is a great idea.
Posted by brent at 4:45 PM No comments:

It was a bit warmer today and some sunshine. Melted some of the ice off of the road. That was good.
I got the Xbox back from TX yesterday. It had a cracked board and had to be sent in to be replaced. It is nice to have that back.
HERE are some really cool photos from NASA.
Posted by brent at 7:00 PM No comments: