Matt's blog reminded me that it has been 16 years since we lost Stevie Ray. About this time each year I wonder how many great songs the world missed out on.
Posted by brent at 11:34 AM 1 comment:

We decided to "step back" a bit from the whole house thing. It all moved so fast. Too fast. We have been bustin' our butts getting this ready to sell. I have been painting and fixing stuff nonstop for the last 2 weeks and I am tired. The house we are looking at is not even built so it is not like we have to sell this house this week. I have to go pick up Alex now and then come home and.. you guessed it... paint. *aarg*
Posted by brent at 3:04 PM 1 comment:

Kinda' fun to watch. Hard to believe that it has been that long ago.

If you are Denver Broncos fan like we are then you know barrel man. He has been at broncos games forever. Well, he is retiring and his barrel is on eBay if you want to bid on it. It is signed by the superbowl champ team and expected to bring as much as $75K.
Posted by brent at 2:54 PM No comments: 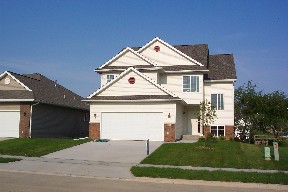 It is all but official. Things are looking good for getting a new house. Away from the CRAP THAT THE IOWA CITY - CITY COUNCIL AND HABITAT FOR HUMANITY has dumped over here. I like to keep putting that in because there is a chance that Google might find it and people can know that I think HABITAT FOR HUMANITY SUCKS AND THEY CAN KISS MY ASS.
I digress.....
We found a developement near the kid's school. The bad part is that it is farther to get to everything else. By everything else, I mean Work and Menard's. But that is cool. There is a house that Mary fell in love with but it was not going to work because of my silly need for a shop. It is very large, but if I took over the basement with a shop, we would lose an office, a guest room, we would lose the pool table and the den space that we enjoy in this house. So it looked like they could build another garage stall beside the 2 and I could put a shop in there. Heating it might be harder, but it was a solution. But they came back and said they could only go 14x22. That just was not going to work. I tried to explain to her why and she did not get it. My current shop is 20x20 and if I had it to do over, I would have made it at least 24 feet on one side. 14x22 would be a tool museum where you could look at tools, but not use them. Then the builder suggested that he could excavate the area under the garage and put a shop there. It would be 20x20. DING!
I don't really like the looks of the house so much from the front, but I can live with it. It is really laid out cool inside. The great room is valuted up to the second floor and you overlook it from a walkway that goes to each bedroom. The kitchen is great. There is a nice screen porch and the bedrooms are about 2x bigger then here. We don't have a basement here so when the tornado sirens go off we just hope for the best. Not only will this have a basement, but the shop will be a like a bomb shelter with cement all around. Hopefully we will never need it, but it will be a good feeling to be able to go there when the storms come. The yards are a bit smaller then I would like, but I can live with that.
I GOT MY SHOP! *woot*
Posted by brent at 10:29 PM 5 comments:

My FIL sent me this. Very funny.
Posted by brent at 1:19 PM No comments:

OMG. This really is amazing. I love to watch this kid ride, but this is just crazy.
Posted by brent at 9:43 AM No comments: 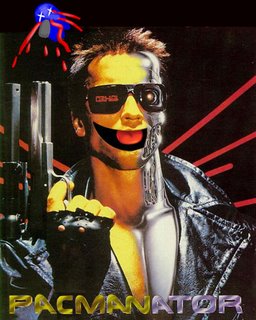 Alex posted onto fark.com today. The theme: Pac-Man is apparently 64 percent violent. Photoshop him up to 100 percent. Here is her entry. I was impressed. Here is the link to the contest.

Here is a drumkit that will provide you with minutes of amusement. Click to get the keys shown on the screen.
Posted by brent at 3:36 PM No comments: